The RADAR Project aims to diminish the impact of violence on individuals and communities. Our mission is to empower victims with proper relief and recovery, encourage efficient reporting and information sharing, revolutionize the response to sexual assault and domestic violence, and create a better world.

The Radar Project App revolutionizes the response to sexual assault and domestic violence.  It allows comfortable and anonymous reporting of sexual violence to the community in real time, without contacting the police.

Through events and outreach, the RADAR Project aspires to change the stigma surrounding sexual violence.  It will alter the way the world reacts to this public health crisis and prove there is no shame in discussing it freely.

By dedicating money to promote research, The RADAR Project will create a better understanding of the causes and effects of sexual and domestic violence. 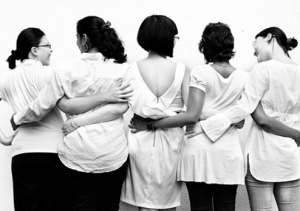 In 2013, working at a local rape crisis center in suburban Philadelphia, Meri López, an attorney, and Leslie Holt, a victims advocate/rape crisis counselor, became increasingly aware of the inefficient way in which rape and domestic assault are reported.

Frustrated with the lack of awareness and the shame and secrecy that prevented victims from coming forward, the shape of The RADAR Project began to take form. Through their work at the center, they realized that many crisis centers had not substantially changed since their advent in the 1970s.  And many centers lacked funds and resources to meet the demand.

The RADAR Project was created to develop innovative technology to support victims, provide access to resources for healing, and to raise funds for sexual and domestic violence research and prevention.  In the process of engaging the public in this public health crisis, The RADAR Project strives to start a conversation on sexual assault and demolish the taboo on open public discussion.  Join us in starting a revolution.

Will be raped
at some point
in their lives

Will be raped at some point in their lives

of children know their attacker

Rape costs the U.S. more than any other crime including assault, murder and drunk driving

of sexual assault of victims on college campuses are never reported

The RADAR Project survives and thrives with the support of generous donors.